Bielefeld, June 2020: In the midst of the corona pandemic, the Seidensticker Group is devoting itself to a topic that has no connection whatsoever with the Covid19 virus, but is nevertheless of immense importance: the genocide of the Yezidi.

“We are all being pushed to our limits during this time. Corona is messing things up both professionally and privately, many people’s lives are marked by worries and fears. It’s challenging. But nevertheless, or perhaps precisely because of this, we should not lose sight of what is important and be aware that suffering unrelated to corona continues regardless. We must not forget those who also urgently need our help now and have been living in an exceptional situation for a long time”, says Dr. Silvia Bentzinger, CEO of the Seidensticker Group.

In the summer of 2014, the terrorist militia ISIS enslaved or killed thousands of Yezidi women and children in Iraq. More than 2,000 of them are still in the hands of terrorists. There is help for those who have escaped captivity: the HAWAR.help association has made it its goal to give the surviving girls and women, the returnees from ISIS captivity, a face, a voice and a future.

When Silvia Bentzinger met Düzen Tekkal, chairwoman of HAWAR.help e.V., at the beginning of the year, it quickly became clear to her during the conversation that she would like to support them: “What happened to these women and girls is unimaginable. Düzen Tekkal and her entire team are doing an incredible job so the women have a real chance to overcome their trauma and lead a life where they can express themselves freely.”
Which is why Silvia Bentzinger sent 600 silk embroidered blouses to Düzen Tekkal. Blouses for women who were oppressed and enslaved. What at first glance seems grotesque and superficial in light of the suffering these women have experienced, is based on a very conscious decision made jointly by Düzen Tekkal and Silvia Bentzinger.

Düzen Tekkal emphasises: “It is about women who have been able to save little more than their lives and who want to regain their dignity and pride. When their appearance is determined completely by others, then their freedom and dignity are lost – as when the Yezidi women were told what to wear while being held captive by ISIS. The women’s femininity was also to be hurt and oppressed. Human dignity is also associated with a feeling of well-being and this also has something to do with appearance. Now it is also about re-appropriating their femininity. This also includes dressing the way they want to day after day. With the blouses from Seidensticker we want to bring joy to the surviving women by giving them something that will give them pleasure every morning when they look and reach into their wardrobe!”

These women have a very special message: “The Islamic State has not broken us. We’re not victims. We’re survivors on a mission. We are strong. We are women.” Düzen Tekkal knows these women, has studied their life very intensively. She explains: “They also want to be perceived as such – as women. Their captivity by ISIS took away a piece of their self-expressed femininity.” With these blouses, the women have received a high quality, modern garment, which should allow them to accentuate their grace and dignity. This should give them the opportunity to perceive themselves differently again – without disguising themselves.

HAWAR.help envisions a world where individuals can express themselves confidently and safely regardless of their gender, ethnicity or religion. The organisation is guided in its work by humanity, communication and tolerance.

The Seidensticker Group, a 100-year-old family business, also stands for an awareness of values. Social responsibility and commitment have been fundamental elements of the company’s business activities since its foundation in 1919. This philosophy is expressed in the hashtag #seidenstickerTOGETHER: being mindful and making a contribution whenever it is possible and needed.
Seidensticker and Düzen Tekkal are delighted to be working together to help the surviving women regain a bit of normality, making their steps back into a life where they can express themselves freely just that little bit easier. 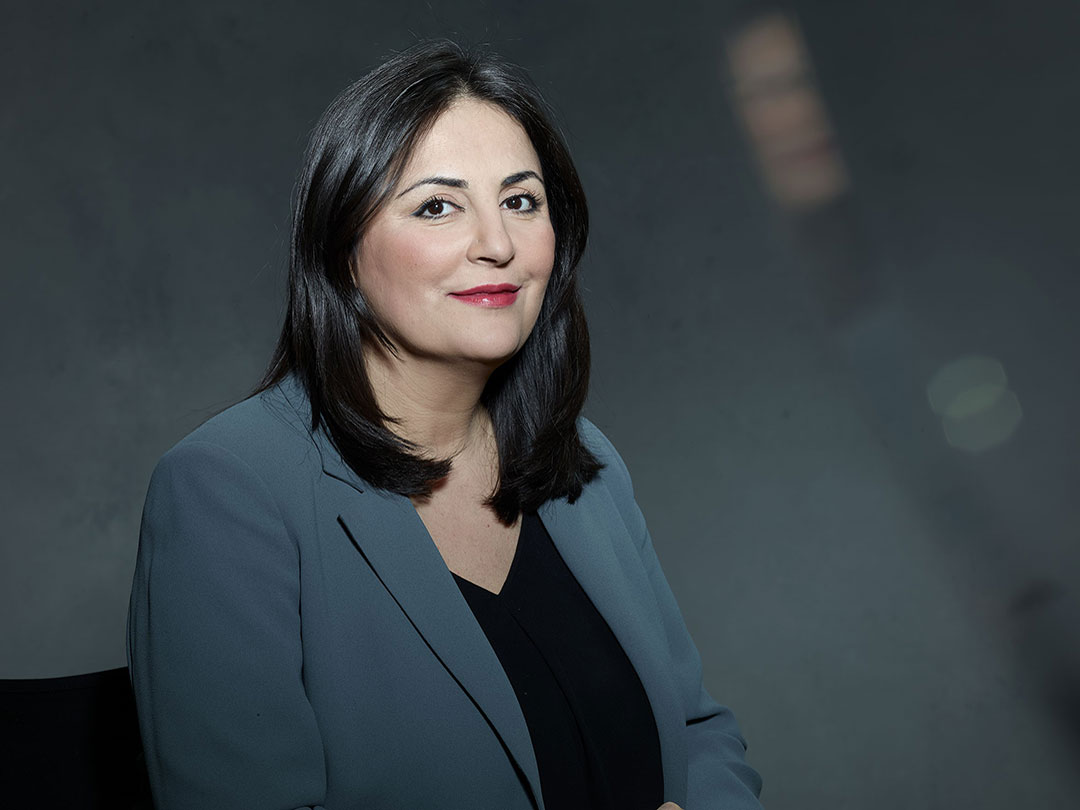 About the Seidensticker Group:

The Seidensticker group of companies was founded in 1919 in Bielefeld, and employs approximately 2,400 employees internationally. The group manufactures approximately 10 million pieces per year. The company is 100% family-owned. The group of companies is managed by the Executive Partners Frank and Gerd Oliver Seidensticker – together with Dr. Silvia Bentzinger (CEO), Dr. Marc Barrantes (CF) and Dr. Horst Gersmeyer (COO).

About HAWAR.help:
HAWAR.help was founded in 2015 by Düzen Tekkal and is committed to a world where human rights are respected and lived in mutual tolerance. A world where people can seize opportunities through education and an open-minded society. By providing information about persecution situations, the organisation raises society’s awareness of the conflicts and the persecuted people’s lives and actively participates in the discussion about possible solutions.