Centenarians at the centenary

Seidensticker presents centenarians as the faces of its anniversary campaign: beauty, character, charisma, and, above all, a young, shapely body – these are usually the requirements for models. Usually. The Bielefeld shirt and blouse specialist Seidensticker celebrates the company’s 100-year anniversary very authentically with people of the same age as the company.

The campaign motifs show centenarians in a classic white top with the Seidensticker Black Rose. The white shirt and the white blouse act as a canvas on which the wearers can project their personality – authentically, with natural wrinkles, an expressive smile, and an alert gaze. The protagonists of the campaign are equally fragile and strong, which makes for touching, mesmerizing images. 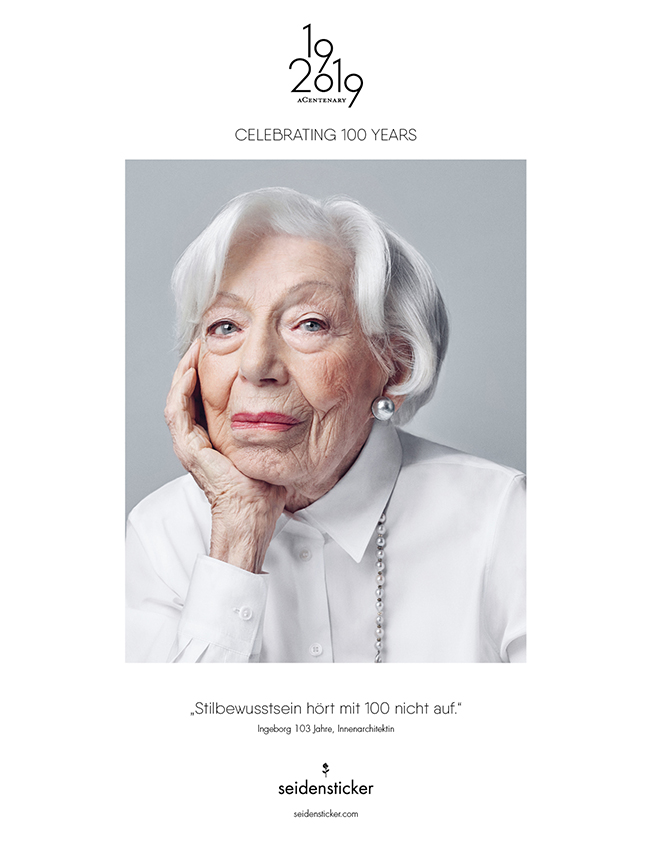 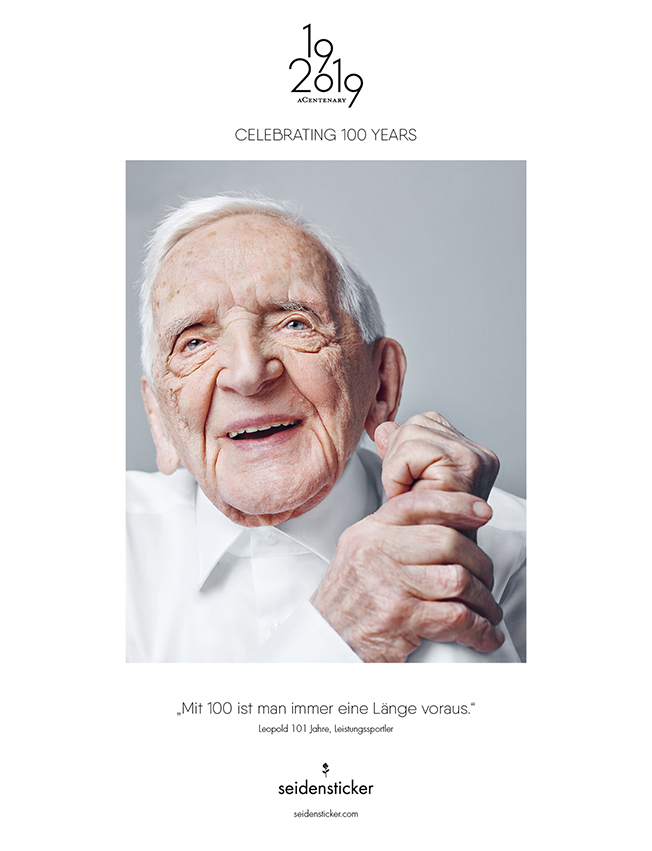 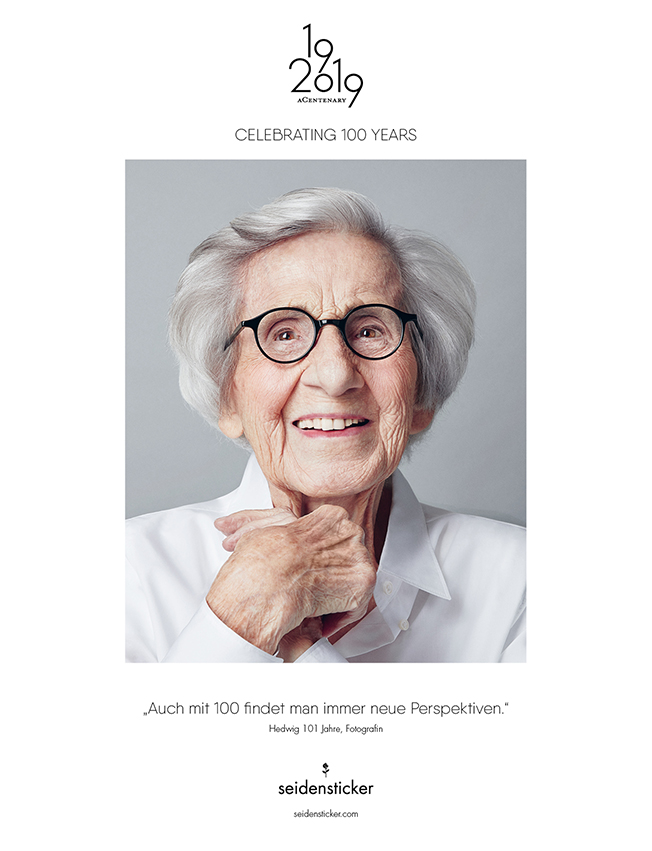 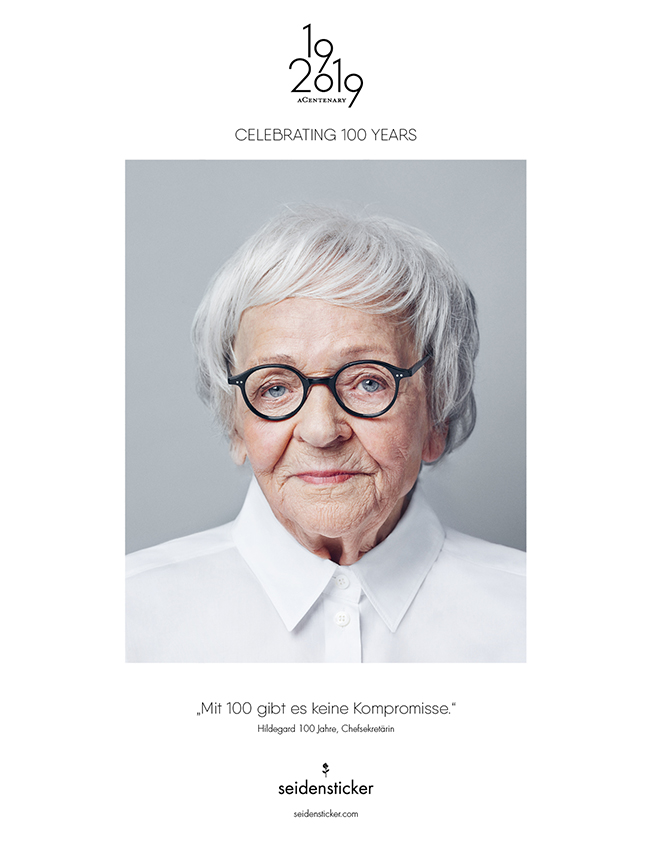 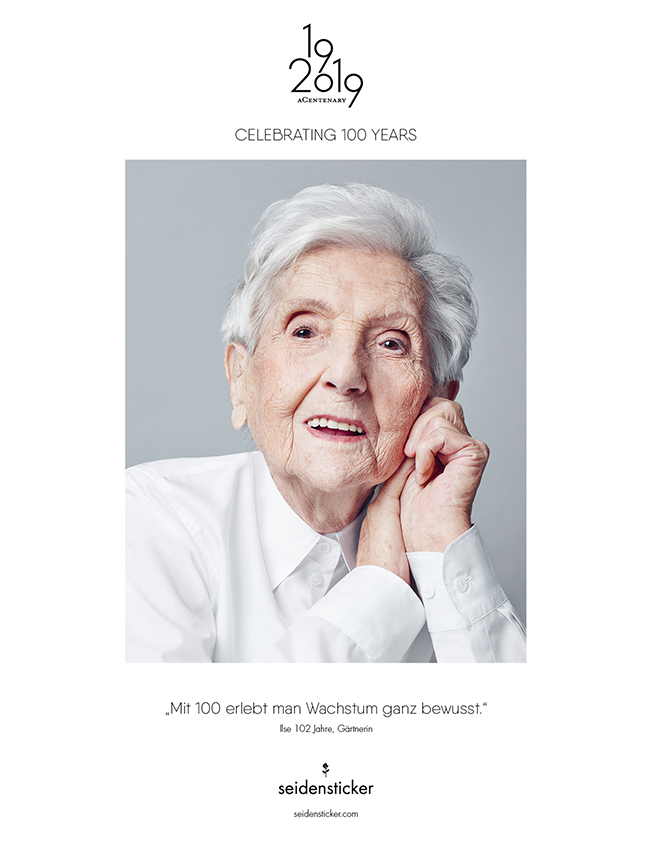 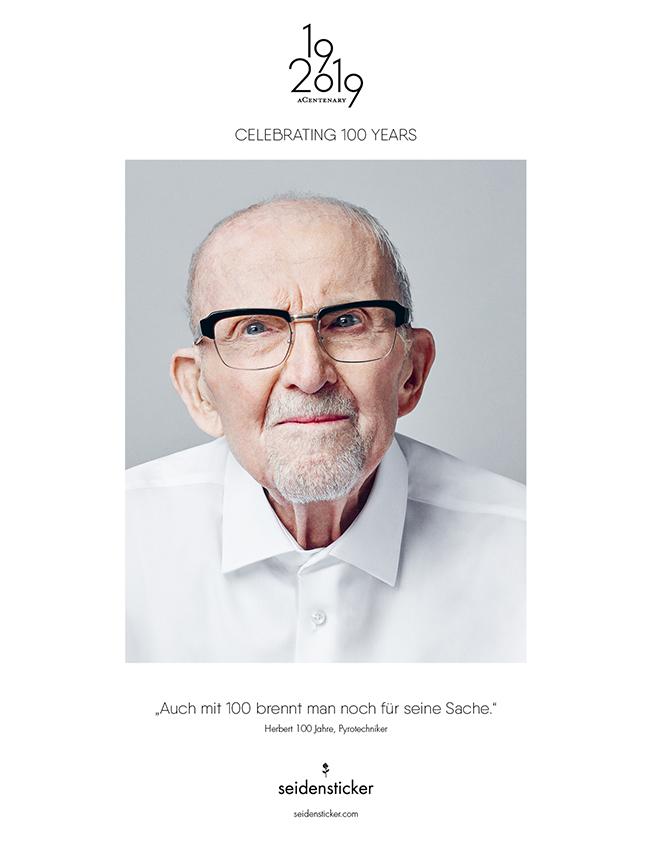